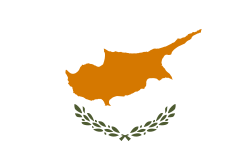 Let us accept, arguendo, that you are partly right in your perception of the Cyprus Problem; that indeed, in its first decade (1964-1974), it started out as an issue of bi-communal conflict. Still, the Turkish invasion of 1974 was not simply “a tragic turn” to this conflict, as unfortunately you have called it.

In historical terms, the Turkish invasion was a game-changing milestone, which metamorphosed the Cyprus Problem into an issue of an entirely different order than it used to be prior to 1974: no longer an internal clash between two ethnic groups cohabiting on the same island, but a de facto partition of a sovereign state by another.

In legal terms, it was, and remains so, a major breach of international law: first of the Zurich-London agreement of 1960, then of a whole array of UN resolutions and international court rulings, and now of the European Acquis Communautaire. As you are well aware, the initial infringement was further aggravated in 1983 by the unilateral declaration of the so-called “Turkish Republic of Northern Cyprus” («TRNC»), which the USA, justly so, has never recognised.

Finally, still in the terms of international law, the Turkish occupation became a bona fide war crime by way of Turkey’s settlement policies, which were put into effect as soon as the fighting stopped and continue to this day. This last fact alone provides irrefutable proof that the occupying power’s intention in Cyprus is not, unfortunately, to keep the peace.

If you disable this cookie, we will not be able to save your preferences. This means that every time you visit this website you will need to enable or disable cookies again.

Please enable Strictly Necessary Cookies first so that we can save your preferences!